Visitors come to Ogallala’s Front Street to experience a little slice of the famed Texas Trail era from approximately 1874 to 1884, when Ogallala was known as the town “too tough for Texans.”

The free museum depicts an Old West town in all its glory, from the jail cell containing memorabilia from old Ogallala’s original lock-up to the undertaker’s parlor with an authentic horse-drawn hearse.  Exhibits contain many other items from the town’s storied past.

Housed in a replica of an 1880s Old West street, the Front Street complex includes a steak house & saloon, the Cowboy Museum, and summer performances of the musical show, the Crystal Palace Revue.

Upcoming plans include the restoration of a Wells Fargo stagecoach dating to 1870 as well as a historic Union Pacific caboose. 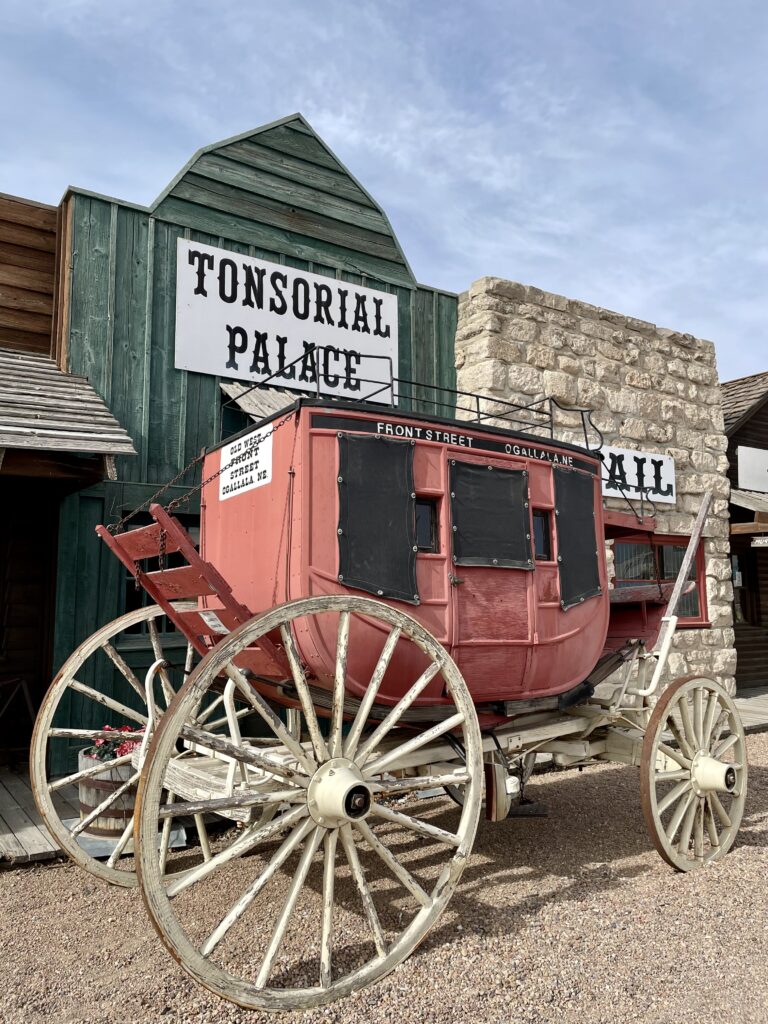 Front Street is as unique as Ogallala itself, a town where all trails intersected in the latter part of the 19th century. The Texas Trail, one of the most traveled and famous cattle trails in U.S. history, came north to the railhead at Ogallala, intersecting with many east-west transcontinental travel routes, such as the Pony Express Route and Oregon/California Trails.