The Petrified Wood and Art Gallery of Ogallala will host the American Plains Artist Signature Show March 15 through May 22, 2021.   Opening and Closing Receptions will be March 15 and May 22, 2021 from[...]
View Calendar 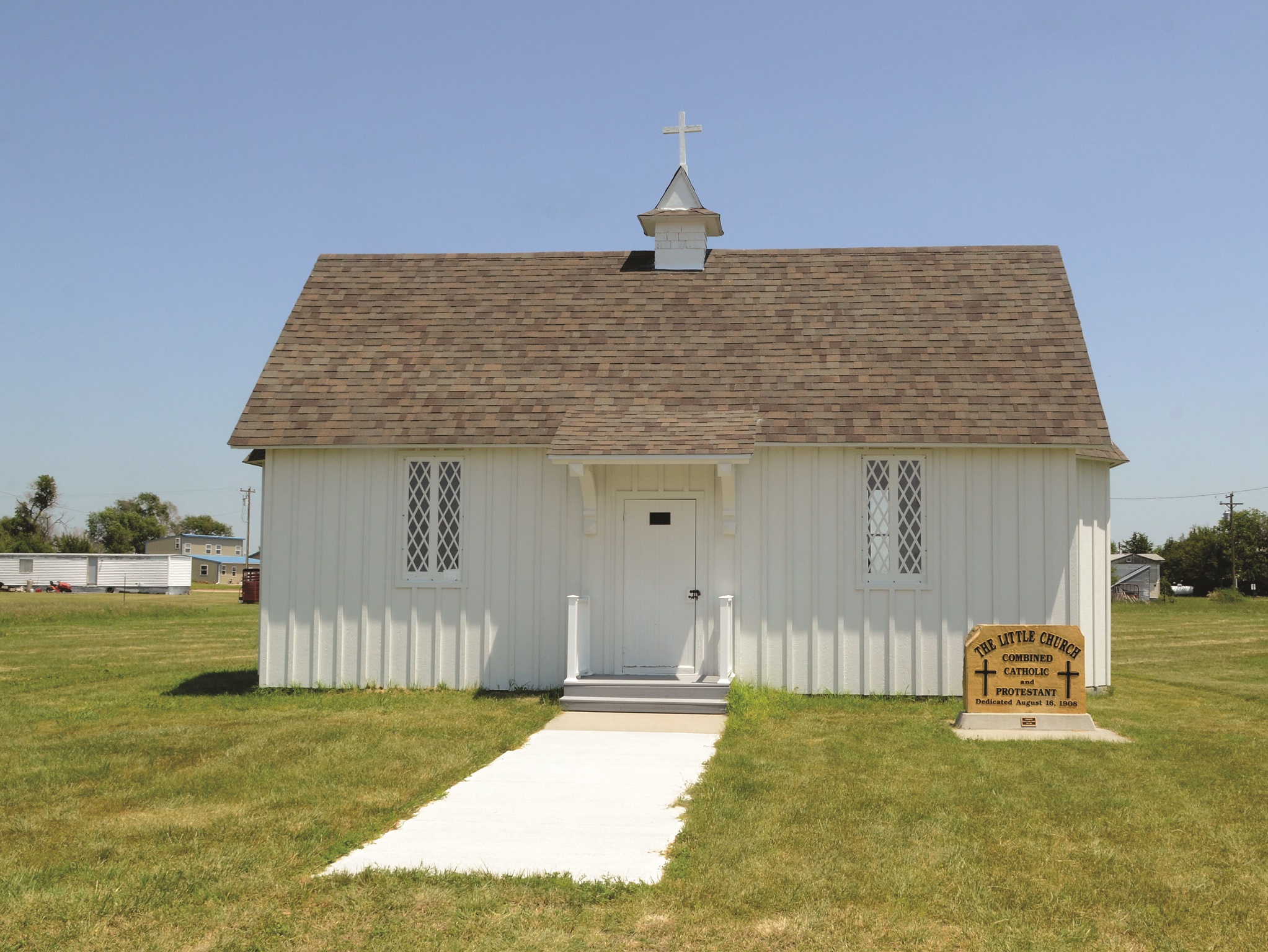 The Little Church at Keystone is listed in the National Register of Historic Places. 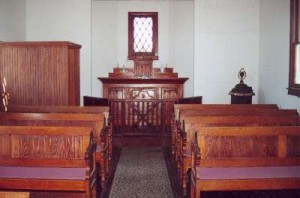 Built in a pioneer town that was too small for two churches, the Catholic/Protestant Little Church is a monument to religious harmony and cooperation. Eleven teenage girls helped raise the money to construct the church under the sponsorship of Georgia Paxton, wife of prominent rancher and businessman William A. Paxton.

Mrs. Paxton formed a chapter of the King’s Daughters, a service organization. The girls raised money for the church project by holding bake sales, suppers and bazaars, and asking their neighbors for donations. The girls raised 60% of the project’s total cost of $1,200, and Mrs. Paxton contributed the remaining 40%.

Completed in 1908, the Little Church has a Catholic altar at one end, and Protestant altar at the other. Special pews with reversible backs allowed 75 churchgoers to face either altar, depending on the service. Pope Leo XIII granted a dispensation for the dual faith church.

The dedication of the Little Church was held August 16, 1908, and was so well attended that many people had to stand on the lawn to hear the dedication address by the Very Rev. George A. Beecher, Dean of the Cathedral of Omaha, Nebraska.  The Dean praised the efforts of  Pearl Fenwick Dean, Theresa Feltz, Anna Scully Fenwick, May Holloway,  Lula Holloway, Margaret Leonard, Eleanor McCarthy, Margaret McCarthy, Josephine McGinley, Bertha Matthews, and Ethel Reese, adding that if eleven little girls could establish a church through their efforts, surely the able bodied men appointed as officers could and should lend every effort to support it.   Speaking on behalf of the King’s Daughters, Mrs. Paxton said, “Our work is now done, and it remains for you to accept and make use of the gift.”

The front porch and sidewalk were added in 2015 as an Eagle Scout project by James Ryan of Keystone.

Recent renovations were assisted by a grant from the Keith County Visitors Committee.

Directions: Take Keystone Lake Road to McCarthy Street, Keystone and then turn north.  The Little Church is the 1st building on the right (east) side.