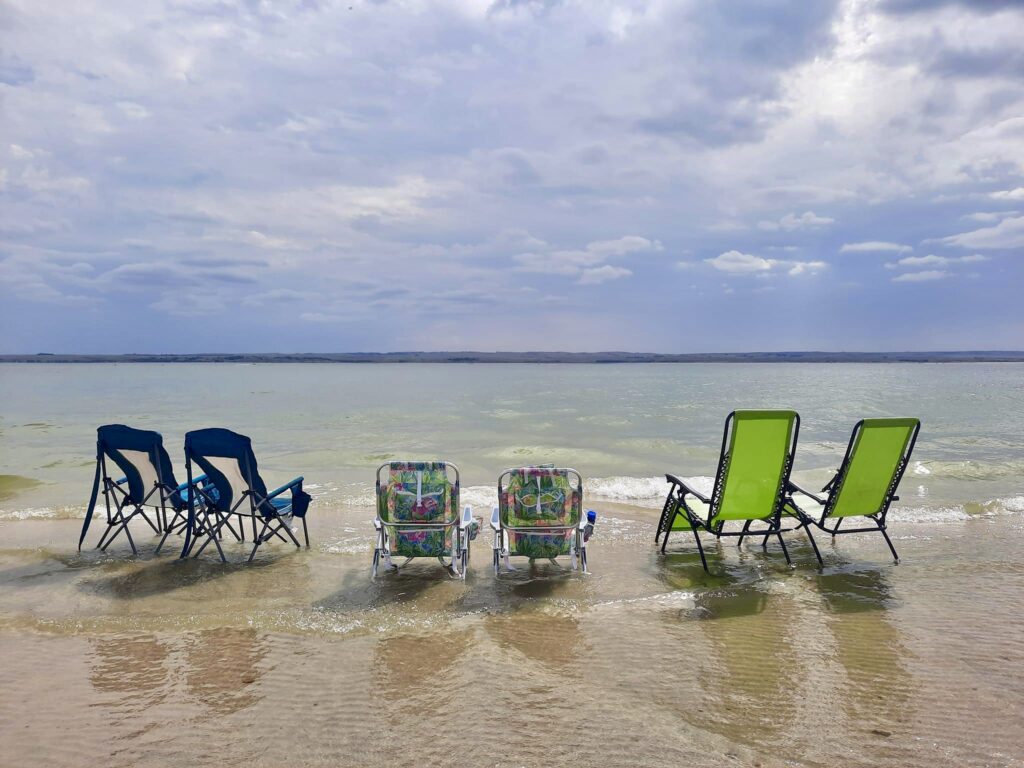 As a reservoir constructed in the late 1930s to supply irrigation water to farmers, Lake McConaughy has experienced cyclic ups and downs throughout its history.

The lake is currently at 3,222.7 feet elevation or 42.3% of capacity.* A number of factors have influenced the water level, including a hotter and dryer-than-average summer with high irrigation demand downstream, and below-average snowpack in the mountains upstream of the lake.

It’s worth noting that with 737,200 acre-feet of water, Lake McConaughy is STILL the largest reservoir in the entire Nebraska/Kansas/Colorado region.

The lake contains the equivalent of 737,200 entire football fields covered with water a foot deep. It’s still at least 100 feet deep at its deepest point.  That’s a lot of water!

Despite lower water levels than some years, Big Mac is still big, and there are still plenty of unique opportunities for recreation and fun in the sun.

WATERCRAFT – Boats, Personal Watercraft, Kayaks and More!
There are still 2 boat ramps in service on Lake McConaughy – Divers Bay (Burma Road) and the Martin Bay low water boat ramp near the base of Kingsley Dam.  Both ramps at Lake Ogallala are also in service.

The ability to drive on the beach (with four-wheel drive) is a unique feature of Lake McConaughy, allowing beach launching of personal watercraft, catamarans, canoes, kayaks, and paddleboards. Paddlesports craft may be launched from a variety of locations around the lake and are an excellent way to explore the ever-changing shoreline. See here for a list of paddlesports rentals businesses.

Lake Ogallala recently added a kayak launch at the north boat dock, providing an easy and convenient way to access the water.  A “no wake” lake, Lake Ogallala offers more shelter from the wind and waves than Lake Mac and some extraordinary wildlife viewing opportunities. 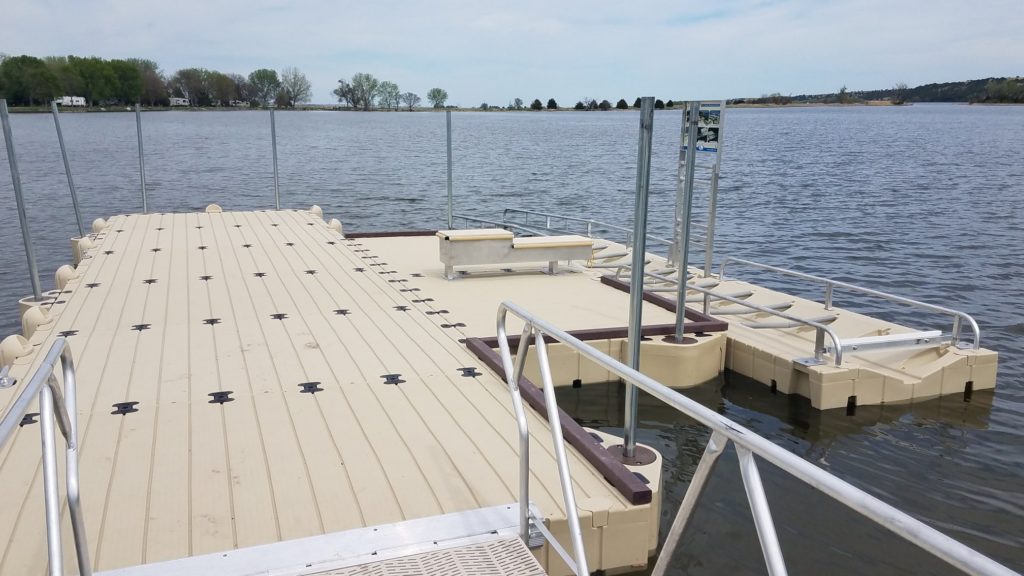 PLAYING ON THE BEACH
Unlike high-water years when the water reaches into the tree line, there are currently PLENTY of Lake Mac’s famous white sugar sand beaches to play on. For those who don’t care to four-wheel drive down to the water, the easiest point to access is likely the day-use area between the Martin Bay low water ramp and the dam, where the Kites & Castle event was held this year. There’s a large gravel parking lot above the ramp.

SHADE PRO TIP:
Experienced Lake Mac fans bring their own shade to relax at the waterline.   Remember that wind is always a possibility.  Here’s a visitor suggestion: “Make sure to bring canopy weights and strap down anything that might blow away!”  Hope G.

PARENT PRO TIPS
As the water is a little more of a hike than some years, jogging strollers or wagons with big wheels can be a good way to transport the little ones. Be sure to bring plenty of water and sunscreen. Rash guard shirts are a popular choice to fend off sunburn and bug bites. Athletic or water shoes protect feet from the hot sand, stickers, and anything sharp.

Local rescue officials recommend life jackets and close supervision at all times for young children at the beach. Youth and adult life jackets are available for checkout free of charge at the Visitors Center.

FISHING
Fishing generally slows down a bit during the hottest point of the summer as the water warms near the surface and fish tend to go deeper. However, local anglers say they are still catching walleye, white bass and catfish slabbing in water 25 to 40 feet deep, as they target areas out from Ogallala Beach, Van’s, the Boy Scout Cabin area, Mako Chi Mni, Lemoyne and others.  There are raised “humps” on the bottom of the lake as well as banks or “drops” where the fish tend to congregate. Fishing success generally improves toward the middle of September as the water begins to cool again.  Does fishing success accompany lower water levels?  Opinions vary on that front, but it’s true that there is less water for them to hide in than the years where capacity approaches full pool!  See here for a list of local fishing guide services.

EXPERIENCING THE NEBRASKA SANDHILLS
Encompassing roughly 20,000 square miles, the Nebraska Sandhills is the largest sand dune formation in the Western Hemisphere. Build directly on the edge of the Sandhills, Lake McConaughy is an incredible place to observe the beauty of this ecosystem, particularly in a lower-water year, when unique features begin to emerge on its sandy shores. 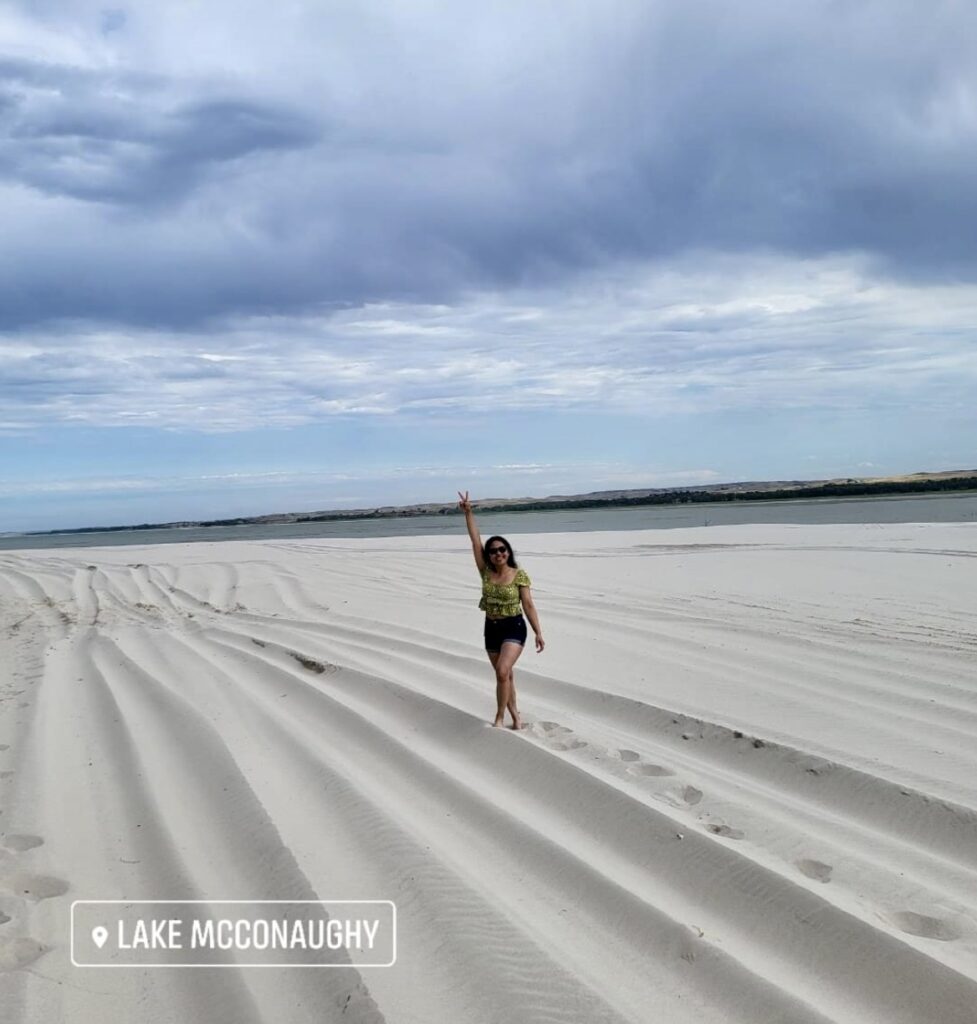 According to Nebraska Game and Parks, metal detectors may be used year-round at designated state recreation area swimming beaches posted as open to such activity.  One note: identifiable items, such as rings, watches, etc., and all other items exceeding $25.00 in value should be deposited with park officials. All historical, archeological or paleontological items found should be left undisturbed and their location reported to park officials.

BIRDWATCHING
With the largest bird list in the state, Lake McConaughy is an important viewing area in western Nebraska’s Shortgrass Prairie Ecoregion.  More than 340 species have been identified in the area, with over 140 known breeding species and about 200 transients. Spring and fall migration periods are especially good times to birdwatch.

Q: Is this summer the lowest level the lake has even been since Kingsley Dam was completed in 1941 and it began to fill?
A: No, the water reached a record low of 3,198 feet in 2004 and again in 2006. If you go this link and click Charts, you can see the historic lake elevations.

Q: What is the story of “the town under Lake McConaughy?”
A: All buildings, both homes and businesses, in the original community of Lemoyne were relocated or torn down during the building of the dam prior to its competition in 1941.   Read more about the construction of the dam and lake here and here.

Q: Are the foundations of “Old Lemoyne” visible yet?
A: A root cellar from a farmstead on the edge of the original settlement has reemerged, but the foundations of the old businesses are not yet visible. They last became visible when the lake level reached approximately 35-37% of capacity. Officials expect the lake will only recede about another 4 feet this year, so all the foundations may not reappear at this time.

Q: Where is the deepest part of the lake?
A: The area between the control tower and the Martin Bay “island” is a borrow pit from the original construction of the dam. They took material from there to form the outer shell of the west side of the dam.  It forms a mirror image of Lake Ogallala, which was the borrow pit for the east side of the dam.